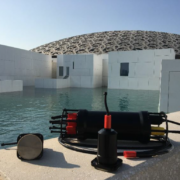 ELWAVE’s new Octopulse sensor based on the bio-inspired technology #CEDAR® (Controlled Electric Detection And Ranging) has been chosen to conduct seabed impedance surveys in the Middle East for seabed buried target survey.
Nantes, FRANCE, December 12th 2022 Octopulse sensor will be delivered in 2023 to an undisclosed client to offer a new subsea capability to detect any buried objects (including non-ferrous ones). This is achieved by seabed impedance measurements observed by the active sensor which generates a weak electromagnetic field into the water and measures its modulations. The sensor has been designed to be versatile in terms of its compacity, power consumption and modular architecture to integrate a large spectrum of subsea vehicles like ROV, AUV or ROTV. 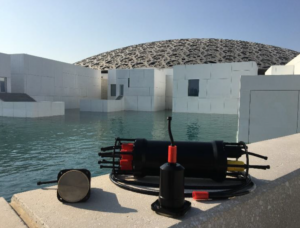 Gary Bagot, ELWAVE Global Sales & Business Development Manager, says “Octopulse’s bio-inspired and embedded technology CEDAR® unlocks new operational approaches up to now limited by
magnetometers and pipe trackers in the field of marine archaeology and UXO survey. Furthermore, after being awarded EURONAVAL 2022 INNOVATION, we received lots of interest from the world’s leading
navies and coast guards for navigation channel and beach-landing area mine clearance and for seabed warfare applications to support patrolling over critical infrastructures such as pipelines and cables”. 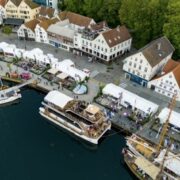 Elwave received the French-Norwegian Cleaner Energy award from the hands of the Mr Ambassador Pierre-Mathieu Duhamel !
Our biomimicry patented technology ⚡️🐟⚡️ CEDAR integrated into our compact & low power consumption subsea electromagnetic sensor has been recognized for its benefits to #offshorewindenergy projects and one of the future key sensors for subsea #smartrobotic to reduce the cost & carbon foot print for offshore project ! 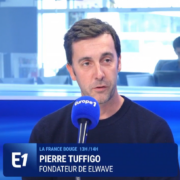 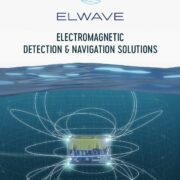 Browse our  corporate brochure by clicking on the link here !

You can find out more about which cookies we are using or switch them off in settings.

This website uses cookies so that we can provide you with the best user experience possible. Cookie information is stored in your browser and performs functions such as recognising you when you return to our website and helping our team to understand which sections of the website you find most interesting and useful.

Strictly Necessary Cookie should be enabled at all times so that we can save your preferences for cookie settings.

If you disable this cookie, we will not be able to save your preferences. This means that every time you visit this website you will need to enable or disable cookies again.